Refusal from coffee and tea is a small step to health. Personal experience 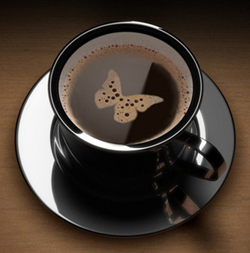 Drinking caffeine drinks has become a part of our daily life. And so hard that some people cannot imagine their life without another cup of caffeine. In addition to the physical dependence that caffeine causes, the procedure for making caffeine drinks has its own psychological background: we have associated 5 minutes with a cup of our favorite drink with a rest period. This is especially true in the workplace when you want to hide from the endless fuss and problems and give yourself an extra few minutes of rest, and the company of a hot cup of your favorite drink acts as an excuse for this.

Caffeine is not in vain considered a light drug, and it is difficult not to agree with this, having learned what properties it has:

Especially speaking about tea and coffee, we mean what they sell us in stores under this name. And this, you see, is far from natural origin, because large enterprises are not in the mood to think about the naturalness of their products and the health of the consumer - only financial gain is the driving force. Because, pouring boiling water over another tea bag, it is strange to see how, after a second, the clear water becomes saturated with a dark color. This tea does not behave this way. So, unnatural components are used.

However, if you try not to exceed reasonable rates of consumption of tea, coffee and other caffeinated beverages, then your habit will not do much harm. Let everyone determine his own rate, hand on heart (if it is of course necessary for a person).

Since I have always been interested in the topic of a healthy lifestyle (it just so happened that the sores did not bypass me), I always tried to make my life less destructive to my health. I rarely drank coffee, although the home ones brewed it every day. It so happened that my soul lay more for tea: both for black and green — no matter what it was, it was brewing.

Having learned about the harm of sugar, I, of course, tried to drink tea without it or replace it with honey. Gradually giving up sugar, you begin to feel the taste of tea in a different way. It was a long time ago, and I did not attach much importance to such a transition - everything went naturally.

As time went on, I continued to “chifit”: I drank about 5-6 cups of black tea a day — not a lot and not a little in general, although I didn’t think that it was intentional — it could be either more or less. Just tea drinking was for me like a ritual of rest: you come home - be sure to put a teapot, watch a movie - brew mugs two seagulls and sandwiches, get tired or don’t want to work - make a mug of tea, justify your laziness, and how did you do it - drink tea boldly. In general, a lot of tea was consumed: a box of tea with a hundred sachets “left” in 2-3 weeks.

The turning point came when I started going to the gym. Naturally, I was interested in nutrition after exercise and how to make my body absorb more proteins. Sports nutrition is not used - the dilemma with the assimilation would have disappeared by itself. And then I accidentally heard a conversation that a certain comrade had not slept for a day, just because I had tried some kind of tonic infusion (such as ginseng tincture or something like that). As explained telling:

- He has good receptors, he does not drink tea or coffee. Here it is and hooked.

Thinking that the “clean” receptors would not interfere with me, I took note of this and gradually began to reduce the amount of tea. This was further promoted by the fact that the tastes of my tea of ​​that time were not very enviable: the paint that paints water, and after which even a mug is difficult to wash. Plus, the yellowness of my teeth could be compared with a heavy smoker. I attributed all this to paint-tea, as I had everything in order with brushing my teeth, and I saw the results left on the mug in the form of tea raids.

So gradually, I freed myself from tea addiction and already “clean” from tea for about six months. Something special breaking and something else did not feel. The desire to drink the paint, which I used to like to pour into myself, does not exist at all. And just to natural leaf tea I feel complete loyalty - I can drink, but I can not drink. At the same time, I began to notice that the craving for sweets is getting weaker - it no longer seems so attractive, and its taste often becomes too sweet for me. For example, chocolates, which I so loved to die under gulls, and did not calm down until it was completely eaten, became too sweet for me. Such changes did not come immediately, but only after a few months. Apparently, this is due to the fact that taste buds have become really more sensitive.

What is the connection between tea and chocolate? And the connection is such that tea and coffee actively flush out potassium from the body, which is trying to fill it up by consuming chocolate products. It turns out such a vicious circle - we drink tea with a chocolate, the substances of which are actively washed out from our body, and our body, without replenishing this stock, requires more and more. Thus, we can conclude that drinking caffeinated beverages provokes cravings for sweets . Although some will find this statement rather controversial, but at least the logic is present in this (and I also confirm this in practice). In addition, chocolate, as well as tea and coffee, contains caffeine, depending on which I no longer have. This is another factor in favor of the close relationship of cocoa products and caffeine drinks. Here is such a theory brothers!

Of course, it is difficult to completely remove hot drinks from life. Especially when you want to warm up, or you feel an incomprehensible "inner cold" (apparently, these are consequences of a trained organism to hot). We have to look for an alternative, because the syndrome of "internal cold" still bothers me. Perhaps it will pass with time, but I don’t count on it much. For myself, I found a simple recipe: honey, lemon, ginger root. It turns out a kind of Theraflu. I read on the Internet, many advise brew rosehip, chicory, various herbs and berries . I have not tried it myself, but I am sure that it is a worthy alternative to caffeine, both in taste and benefit.

What is the result?

In addition to the above effects, I have not yet noticed any other supernatural changes in my health, but I am sure that they will be. Why? Because I have not drunk enough water all this time and only recently began to think about it. And I consider the refusal of tea to be justified, since I consider dehydration to be the main destructive factor of caffeine drinks, drinking a glass of tea or coffee, we lose more moisture than we received. And this can not affect the functioning of the body, because we still consist of 70% of water. So get into the habit of drinking plain purified water, and start your day with a glass of water (see water balance in the body of a man ). For those who want to learn more about this, I advise the book "Your body is asking for water . " I repeat the thought that I want to convey.

Together with the refusal of caffeine-containing foods, try to increase your intake of plain purified water. So you quickly overcome the chronic dehydration that most people on the planet suffer, especially coffee and tea lovers. Try to bring your diet to 1.5 liters per day - this is the minimum that will work for our health.

PS Teeth all the same became lighter on the tone of two or three, which is not significant by dental standards. But I didn’t put extra effort on it and didn’t use bleaching pastes, so I think that I still have the potential in teeth whitening and in another six months I will be able to achieve a noticeable improvement.

PPS I am not an ardent opponent of tea and coffee, and if I am offered somewhere to drink one of these drinks, and I would like to, I will not refuse.

Sparkling water affects testosterone levels
Causes of accumulation of toxins in the body
Who are vegans and what do they eat?
Which water filter to choose?
Hardening as a method of improving health