Bariatric surgery is the only adequate method that provides the possibility of achieving not only pronounced, but also a persistent reduction in body mass index (BMI) in patients aged 18-60 years. In some cases, it can be applied to people from 15 years of age.

Surgical treatment can be carried out with morbid obesity and the ineffectiveness of previously held conservative measures in individuals:

The decision on the necessity and possibility of performing surgical treatment, the choice of methodology and risk assessment is carried out by a commission composed of a surgeon, an endocrinologist, a therapist or cardiologist, a dietician and a psychiatrist with the participation of the patient himself. Bariatric surgeries are performed by the laparoscopic (mostly) method. According to the mechanism of action, they are combined into 4 groups: 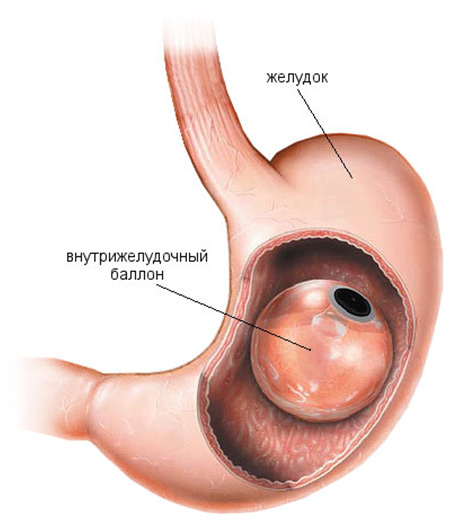 This is a surgical manipulation of the introduction into the cavity of the stomach of a balloon of 0.4-0.7 liters, after which it is filled with saline. The balloon fills most of the stomach, which promotes rapid saturation, and also has a stimulating effect on saturation receptors. These factors contribute to the achievement of the goal of the method - the formation of a feeling of rapid saturation with a reduced amount of food. The cylinder is installed for a period of six months, after which it is removed. The technique is applied for:

The advantages of installing an intragastric balloon are the simplicity of the method (the operation of installing the balloon occurs without a single incision), a small risk of side effects, and the effectiveness of the method (during therapy, along with the recommendations of the doctor, reduces overweight to 30%).

They are aimed at reducing the absorbability of nutrients in the small intestine. Of the entire group, only biliopancreatic shunting (BPS) is sometimes used at present. The technique of operation consists in flashing the stomach with the formation of two sections:

As a result, incoming food "meets" with bile and enzymes only in the final sections (50-100 cm) of the small intestine, where it undergoes splitting into its constituent components and partial absorption into the blood.

Thus, the small intestine consists of two long and one short loops: the alimentary loop is for hummus, the biliopancreatic loop is for bile and pancreatic juice, common (Fig. 1).

This has two goals:

Such a technique, in its type, refers to restrictive and malabsorptive variants with the predominant effect of the second. It allows you to reduce overweight by 70-75%, but is dangerous due to complications, due to the development of severe hypoproteinemia (low protein content in the blood) and painful chronic diarrhea. This explains the extremely rare use of BPP in its “pure form”. If necessary, it is used in a smaller volume and in combination with other techniques. 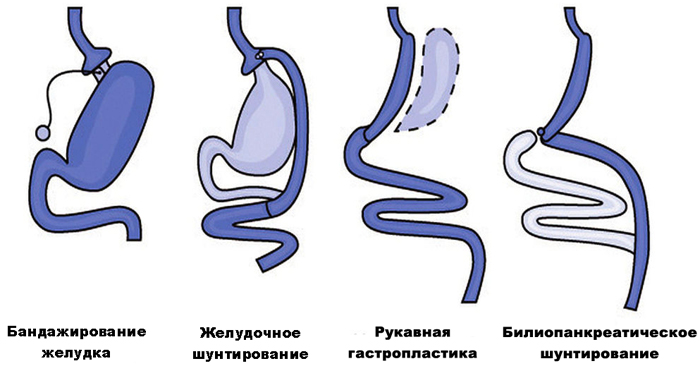 Fig. 1 - The most popular bariatric surgery

Tubular gastroplasty is the most popular: in terms of the complexity of technical implementation and the number of complications, it occupies an intermediate position between the bandaging technique and gastroshunt bypass.

Male obesity treatment
How to remove a beer belly for a man?
How to pump up the press at home - tips and videos
The influence of beer on men
How to remove the second chin man?