Today we will discuss the best exercise of all that bodybuilding can offer. It is the deadlift that draws the largest number of muscles into the work, creating an extreme load for the body. All this encourages our body to release a large amount of testosterone into the blood in order to overcome the task. As a result, during the recovery cycles, your body replenishes spent testosterone with a small positive difference.

It can be concluded that complex basic movements allow us to confidently increase the level of the male hormone, which plays a key role in building an athletic physique.

Perform this traction is best in the classic version - with a barbell. This option contributes to the maximum growth of all muscles. It should be noted that on the day when you are going to do deadlift, your inner state should be at a high level. It is necessary to have a good rest and mentally prepare for hard, but doable training.

A barbell placed on the floor should be grip shoulder width. Put your feet slightly narrower than shoulder width. The shins should almost touch or touch the barbell so that the knees and the toes of the feet are on the same vertical line. This is possible only in one case - when your calf muscles will be tilted.

Raise your head, look ahead or upward. Bend your legs at the knees. As for the pelvis, it should be retracted. Straighten your back and tilt as low as possible (to the level of parallelism), besides you can bend it a little, but only in the starting position. The main thing in the camp is a straight back, which should maintain this position throughout the exercise. Only in this way will the load be positive. With a rounded back, the load will become negative, and it will mainly apply to the intervertebral discs and cartilage, which in the end will turn out to be very tragic. 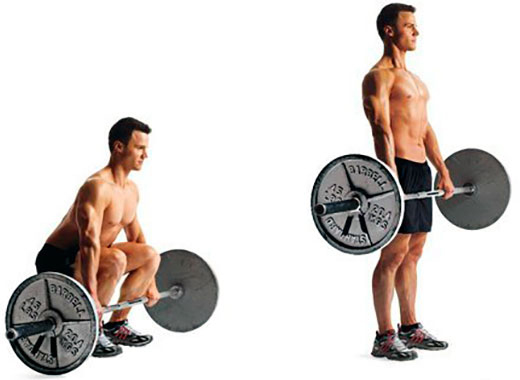 Fig. 1 - Technique of the deadlift (initial and final position).

Slowly and without jerks begin simultaneous straightening of the legs and extension of the body. Note, the movement should be simultaneous. By the way, the faster this movement is performed, the more positive "returns" you get. At the top, try to close the shoulder blades. Such a movement will strain the trapezius muscles. Then do the same reverse movement, with which you return to the starting position. Below, without pausing, start a new replay.

At the lowest point should not put the bar on the floor - you can only lightly touch the floor with pancakes. You must hold the weight on the weight of the static force of the muscles of the back. In addition, it is very important not to bend too much, but it is still better to bend your back than round it.

Unfortunately, the overwhelming majority of athletes, especially beginners, perform a jerk movement at the end, and unnecessarily arch their backs, and this is done intentionally, supposedly “so the load is greater”. It is not right. Never do this. The scheme is simple: straightened up to the line at which the body and legs are one solid line, and immediately returned.

As for the number of repetitions and sets, the first should be at least 10, and the second - 3-4 workers.